Prime Minister Malcolm Turnbull has praised the “outstanding” work of counter-terrorism authorities after police foiled an alleged plot to attack an aircraft.

Four men were arrested in inner Sydney on Saturday night in response to an alleged bomb plot on an aircraft.

Authorities reportedly became aware of a plan to commit a terrorist attack using an “improvised device.”

“The number one priority of my government and my commitment to the Australian people is to keep them safe.” -@TunrbullMalcolm #9Todaypic.twitter.com/9MYFMRPRYI

.@TurnbullMalcolm: “… we’re confident we have taken great steps to mitigate the risk to the community. However, the matter is ongoing.”

“This is an example of the outstanding work that is conducted by the joint counter-terrorism team, which consists … of the Australian Federal Police, the NSW police, ASIO, and the NSW Crime Commission,” he told reporters in Sydney.

“The tight co-operation and collaboration between our intelligence and security agencies is the key to keeping Australians safe from terrorism.”

He said in the wake of the raids security screening at airports would be ramped up, with passengers urged to expect potential delays in coming days. 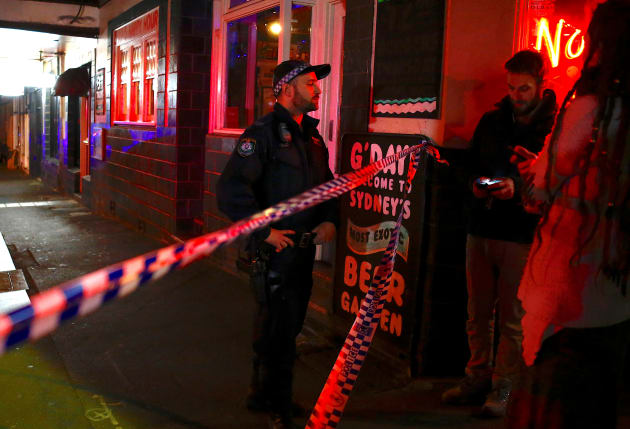 There is also expected to be a heavier police presence at major airports.

“Security screening will take longer, and travellers should arrive at terminals at least two hours before flights. To allow ample time for screening they should limit the amount of carry on and checked badge as this will help to ensure that security screening is efficient,” Turnbull said.

The four detained men have been held for more than 12 hours without charge.

Around 40 riots squad officers reportedly stormed a Surry Hills terrace on Saturday before the bomb squad found a suspicious device.

Police said they found “a number of items of great interest” during the raids, but remained tight-lipped on further details related to seized materials.

The arrests of the four suspects were part of five counter-terror raids across the city, including in Lakemba, Wiley Park and Punchbowl.

(Reuters) – The S&P and the Dow traded little changed in early afternoon session on Thursday, weighed by a drop in retailers and tepid earnings from some big names, while the tech-heavy Nasdaq edged higher.