I have the misfortune of living in Kellie Leitch’s riding.

Actually, that’s not quite right. I have the great good fortune of living in Simcoe-Grey, a sprawling rural riding that includes the towns of Collingwood and Alliston and hundreds of villages and hamlets in between, an hour or so north-west of Toronto. We have stunning landscapes and close-knit communities, and a proud agricultural tradition.

That’s what made it so distressing when Conservative leadership hopeful Kellie Leitch started doing crazy things like praising Donald Trump, or threatening to dismantle the CBC, or talking about “Canadian values” in a way that everyone recognized as overtly racist and xenophobic. That’s not what our community is about. That’s not who we are.

Some of us decided to do something about it. A friend printed up a few #NOTMYMP lawn signs, which we distributed in community hall parking lots and through word of mouth. We started writing letters to our local papers. Everyone in the community started talking about it, and the #NOTMYMP hashtag suddenly took off.

Television crews and national magazines started showing up. A bunch of us started giving interviews. We received thousands of encouraging emails and messages from all over the country. We began to feel like the true spirit of Simcoe-Grey was being heard after being briefly hijacked by Kellie Leitch.

I felt an urge to write about our little grassroots campaign, to talk about how the inclusive, caring nature of our community was finding a way to counter the divisive, hateful message of our MP. But I write about food and farming. What does #NOTMYMP have to do with food and farming?

Then yesterday I received a Christmas card from Kellie Leitch.

It was the standard mass-mailing card that every MP sends out, but Kellie’s included a pious suggestion to donate to a local food bank. “We can all do our part to help those in the community who are less fortunate,” the card said, followed by a list of food banks across the riding.

Policies being put forward by Kellie Leitch are precisely the kind that have led to the poverty and inequality we see in Canada today.

What struck me about that list was how long it was. In the town of Angus, right beside the sprawling Base Borden, home to over 3,000 military personnel, we need a food bank. In Alliston, despite the Honda plant and the thousands of high-paying manufacturing jobs it supports, we need a food bank. Wealthy retirees are flocking to the resort town of Collingwood, fuelling a construction boom and sending home prices through the roof, but we still need a food bank.

We produce a phenomenal amount of food in Simcoe-Grey. We are a prosperous, thriving region in the heart of one of the most prosperous countries on the planet, yet we somehow need nine food banks in our riding.

Reading that list of food banks made me realize that the #NOTMYMP campaign has everything to do with food and farming. The economic and social policies being put forward by Kellie Leitch are precisely the kind that have led to the poverty and inequality we see in Canada today. Poverty and inequality are why we have food banks. Period.

Instead of asking her constituents to donate to food banks, Kellie Leitch should be putting forward policies that attack the root causes of poverty, the kind of policies that would eventually make food banks obsolete. But she’s doing the opposite.

The fight for a more sustainable and equitable food system is also a fight for adequate social assistance rates, for quality public education, for just labour laws. The fight for good food is also a fight for an inclusive society, where everyone can reach their full potential. It’s all the same fight. And it’s a fight against the kind of mean-spirited, callous and divided society that Kellie Leitch seems to want.

I’m a farmer and a good food advocate. Kellie Leitch is #NOTMYMP.

Following its acquisition by Fitbit last week, Pebble has reassured owners of its smartwatches that they aren’t about to suddenly stop working. Read More

Pebble says its smartwatches should continue to work in 2017 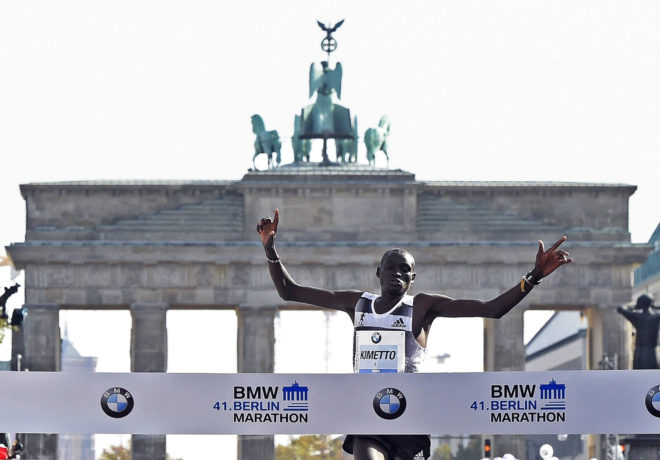 The first in a series of stories behind the scenes of the shoe company’s plan to beat a long-unbreakable record. The post Inside Nike’s Quest for the Impossible: a Two-Hour Marathon appeared first on WIRED.

Inside Nike’s Quest for the Impossible: a Two-Hour Marathon